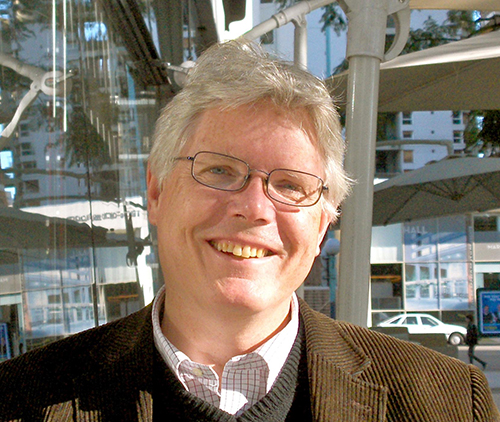 William BRUNSON (1953) is professor of electroacoustic music and studio director at The Royal College of Music in Stockholm (KMH). He is best known for his electroacoustic music, which has been widely performed. Awards include the Bourges International Electroacoustic Music Awards, Luigi Russolo Foundation, National Endowment for the Arts, The emsPrize and Alpha Award (VICC). His music has been released on several cds including the portrait Movies for Your Ears.
Brunson has lived in Sweden since 1980. He acted as artistic director at Fylkingen (1982-1987) and has worked for the Swedish Radio, Swedish Television and Royal Swedish Opera, among others. He is currently researching intermedial approaches to narrative in electroacoustic music at De Montfort University.