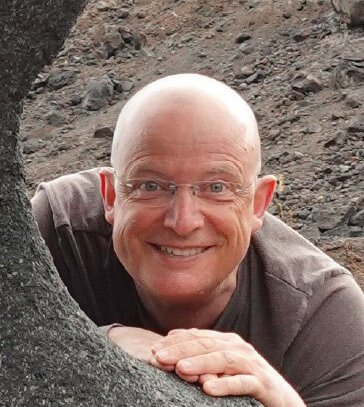 Distinguished for his versatility, Miguel Azguime’s creative universe reflects an approach based on his multifaceted capacities as composer, performer and poet. This three-dimensionality concomitantly challenges a certain, almost mystical vision of the art.

The beginnings of his music path are marked by the participation in various formations dedicated to jazz and improvisation, by the percussion studies with Catarina Latino, Júlio Campos and Gaston Sylvestre, as well as by the participation in various composition courses and seminars, for example in Darmstadt and with Emmanuel Nunes or Tristan Murail.

A decisive moment in his path took place in 1982 through the contact with the flutist Pierre-Yves Artaud that contributed to the creation of the Miso Ensemble. This flute and percussion duo was founded in 1985 by Paula Azguime and Miguel Azguime, and since then it has distinguished itself with the search towards a different way of making music, including the use of amplification and electronic means. The Miso Ensemble’s philosophy is reflected in its name – MISO is a traditional ingredient in Japanese cuisine made by means of a long maturing process, responding to an ideal of personal and collective life.

Since the 1990s the artistic partnership between Paula and Miguel Azguime led to the development of their activity also outside Portugal, in collaboration with other performers and composers. This was also the time when Miguel Azguime took up a transition in compositional writing – from a freer towards a more rigorous form, with the almost systematic use of live electronics. This transformation facilitated his affirmation as composer, whose music and personal language is nowadays broadly recognized.

In parallel to his creative activity Miguel Azguime has always remained dedicated to the promotion and diffusion of research and invention music, particularly by Portuguese composers, either as founder of the Miso Music Portugal, artistic director of the Miso Records label and the Música Viva Festival, or as the founder of the Miso Studio and the Sond’Ar-te Electric Ensemble. In 1995 he also developed the Loudspeaker Orchestra, a project exclusively dedicated to the performance of electronic music; and still, in 2003, together with Paula Azguime he founded the Portuguese Music Research & Information Centre, a digital platform for research, preservation and communication with an on-line data base, available at www.mic.pt, focused on Portuguese music patrimony from the present to the past, including a large number of documents in different formats, as well as the publication and distribution of scores.

In Miguel Azguime’s path as composer another decisive moment is certainly the DAAD residency in Berlin (2006). This context contributed to the creation and production of the multimedia opera Salt Itinerary – a culmination of an integrative process between poetic and music writing. This work led towards a new way of collaboration within the Miso Ensemble, with the implementation and consolidation of joint creative processes in the music and image, initiated with Paula Azguime in works such as Yuan Zhi Yuan (1997/98), O Centro do Excêntrico do Centro do Mundo (1999/2002), and then further developed in the children opera The Little Girl Water Droplet (2011) as well as in the opera A Laugh to Cry (2013).

The connections between the multiple activities exercised by Miguel Azguime, as composer, poet and performer, gave origin to his interest in the domain designated by the artist himself as “words as meaning/ words as sound”, within an attempt of joining the semantic and metaphorical components of words with their sound parameters. This approach is typical not only in his operatic pieces but also in chamber, instrumental and electroacoustic music, simultaneously reflecting the composer’s “initiatory journeys” in the creation process of each work. Various traces of these principles can be encountered in Miguel Azguime’s most recent production.

Dossier no. 8 . Portuguese Composers of the 20th and 21st Centuries . Miguel Azguime