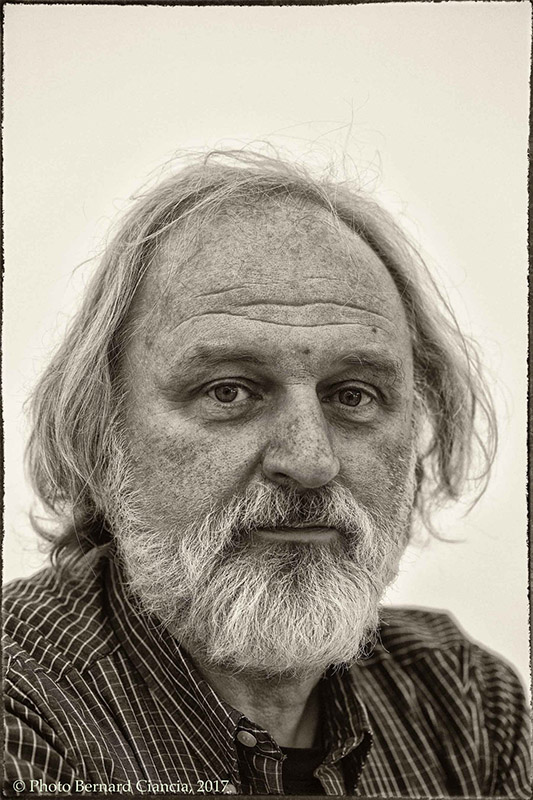 In this composition, "La foresta delle voci timide (The forest of timid voices)", I take up a working method already used in two previous compositions: Sciamano and Le voci del mondo. All sounds are generated with the synthesis program for physical models GENESIS using a single simple model for each audio channel/loudspeaker.

Every single model has its own voice lasting a long time (several minutes, hours, days, maybe years); assigning each of these voices to a loudspeaker I like to imagine that in every loudspeaker is hidden one of these uncommon sounding objects. Some of these sounds appear to me like strange animals, cryptic signal coming from outer-world, unusual musical objects.

Playing at the mixer during the concert I shall give voices to these sounds scattered in space staying immobile in the centre of an unreal forest.

In The forest of timid voices, unlike the previous two compositions, I will use as well a GENESIS macromodel (composed of some thousand modules) that will shape the form acting as a Basso Continuo.

Working on physical modelling synthesis gave me the opportunity to get closer to the concepts of Virtual Realities also in relation with Artificial Intelligence(s) envisaging an interchange to create hybrids: can VR and AI generate VI and AR?

Another connection to my previous composition Le voci del mondo (The voices of the world) come from literature and suggestion triggered by translation. That composition take the title from Robert Schneider beautiful novel Schlafes Bruder that became Brother of sleep in English and Le voci del mondo in the Italian version.

I am reading in these days Richard Powers The Overstory, in Italian version "Il sussurro del mondo (The whisper of the world)"; I chose my title "The Forest of Timid Voices" long before I knew Powers' novel, but I find myself fully in the spirit of this novel.

This composition shall be modulated in relation with every multichannel audio system: I will select as many GENESIS models as will be speakers. The duration may also vary depending on the circumstances, ranging from a minimum of 06’05’’ to an unspecified maximum (hours, days, …).