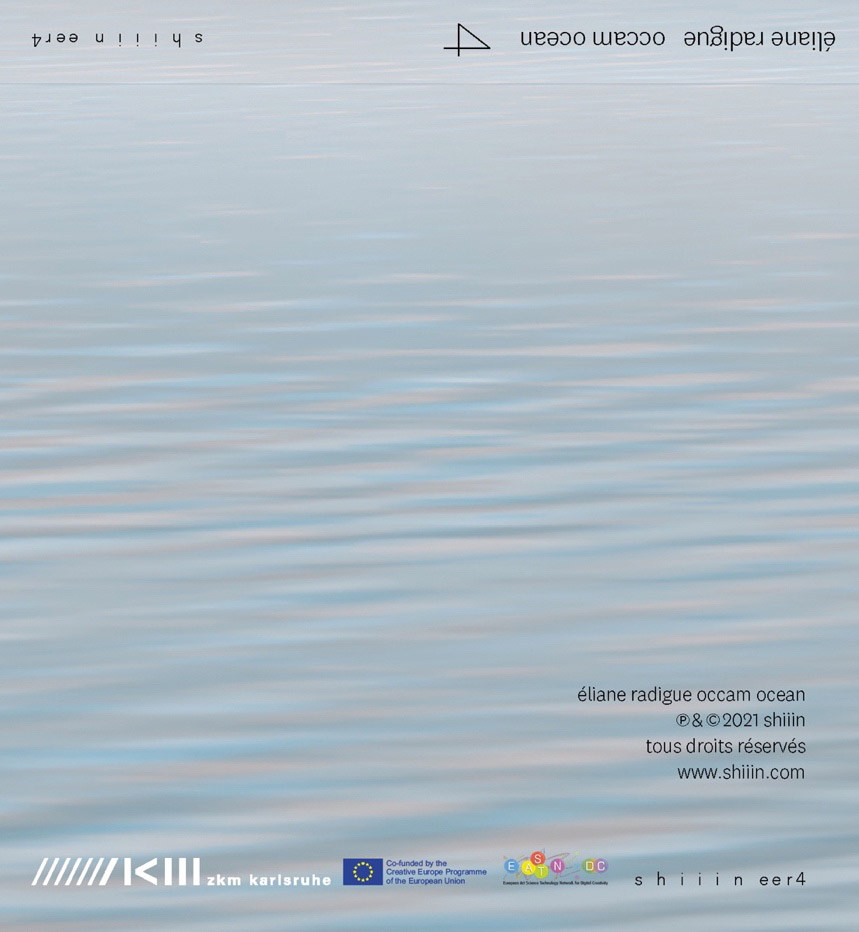 CD “Occam Ocean 4”, part of the “OCCAM” series, including works by Éliane Radigue and Carole Robinson

As part of an artistic residency stay of musician and composer Carol Robinson at the ZKM, previously unreleased compositions by the French composer and visionary of electronic music, Éliane Radigue, some of which were co-created with Robinson, were recorded for the first time.

This resulted in the CD "Occam Ocean 4" as part of the "OCCAM" series, which includes works by Éliane Radigue. These latest works were written by Radigue for the first time for acoustic instruments and their interpretation by musicians. This, also sound-aesthetic, incision results, among other things, from the collaboration with the musician Carol Robinson. A close confidante of Radigue, Robinson specializes in chamber music and contemporary works. As artist-in-residence at the ZKM, she joined Bertrand Gauguet and Yannick Guédon to record a total of three new works by Éliane Radigue in the ZKM cube in March 2021. The result is a downright spatial listening pleasure of subtle urgency, which was released in the fall of 2021 under the title »OCCAM IV« on Shiiin.

»Occam Ocean is a world. A musical world, of course, but a living world as well, because the musicians who enter it know that they will never leave it completely. The sound exploration that Éliane Radigue proposes throughout this cycle is as much musical as it is personal. It is demanding and fascinating. The three pieces presented here admirably reflect the challenge and commitment involved. The musicians are no longer performers, they are mediums, pioneers sent into the intermediary spaces of Éliane Radigue’s musical adventure. They are messengers.« (François Bonnet)