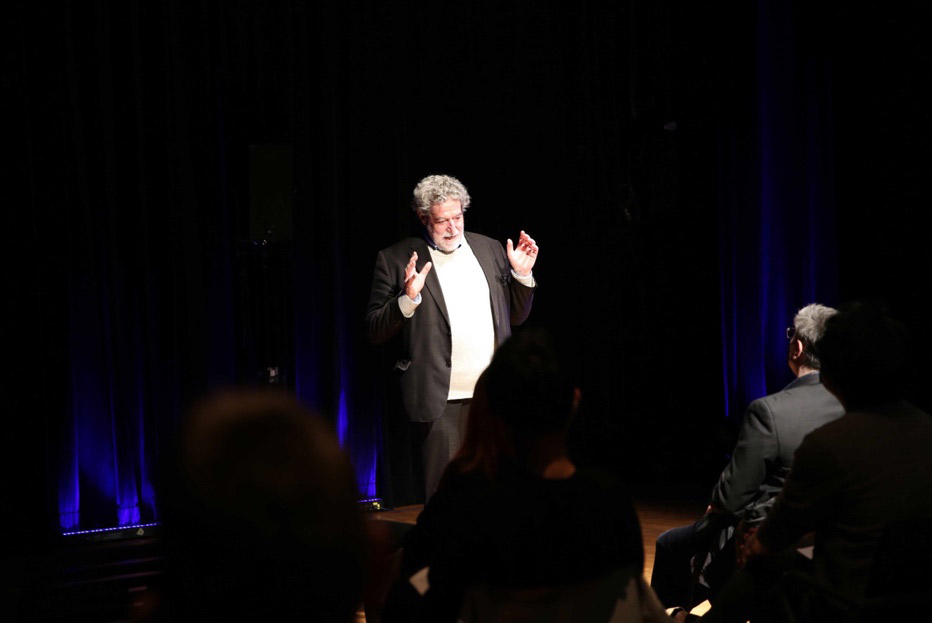 Loudspeakers are an extraordinary invention. The fact that a cardboard membrane vibrates and thus reproduces any sound is almost like a mystery! It reproduces sounds, but these are not exactly the same as sounds in our environment are, which irradiate in all directions while loudspeakers tend to be directional (spherical loudspeakers exist but have not yet become largely diffused). To make this difference stronger, and since we have two ears, after the “monophonic” sound in the first half of the twentieth century, “stereophony” became the standard reproduction model, where the fact of having two loudspeakers that reproduce the same information but with slight differences, gives a spatial and movement perspective to sound.

Loudspeakers have highly dominated our listening environment. Since the 1960s, attempts have been made to introduce a three-dimensional listening perspective. Four tracks, eight tracks, 5.1, 7.1, etc. are different configurations in which the listener is immerged in sound through surrounding loudspeakers, many of these configurations having had their origin in the film industry. When composers work with these environments, they use different spatial strategies which can imply that each loudspeaker will be reproducing a different sound, the same sound coming from several loudspeakers or sound moving from one loudspeaker to another, thus creating trajectories. These and many more spatial strategies have enriched acousmatic sound over the last decades.

In "Punctus spatio", many of the available loudspeakers are considered as punctual sound producers. Sounds reproduced by them come from that loudspeaker only, giving a kind of “sound identity” to each of them. Other sounds invade the whole space or suggest movements and trajectories, thus interacting with the Punctus.

But "Punctus spatio" is not only a story of points and movements… Punctual sounds are the main starting element, but music is the result. Points merge into lines, lines form surfaces and these lines and surfaces in turn create images in our minds. Space creates the charm, the fusion of perception points which interact with our memories, imagination and our extraordinary capacity to organize sounds in form.

This work is dedicated to the memory of a good friend, Bill Brunson from Stockholm, who recently left us."

Commissioned by the ZKM | Hertz-Lab

The piece has been designed during an artistic residency of Daniel Teruggi at ZKM from April 19th to May 1st, 2022. It has been presented in a ZKM  KUBUS concert on April, Saturday 30th, 2022.