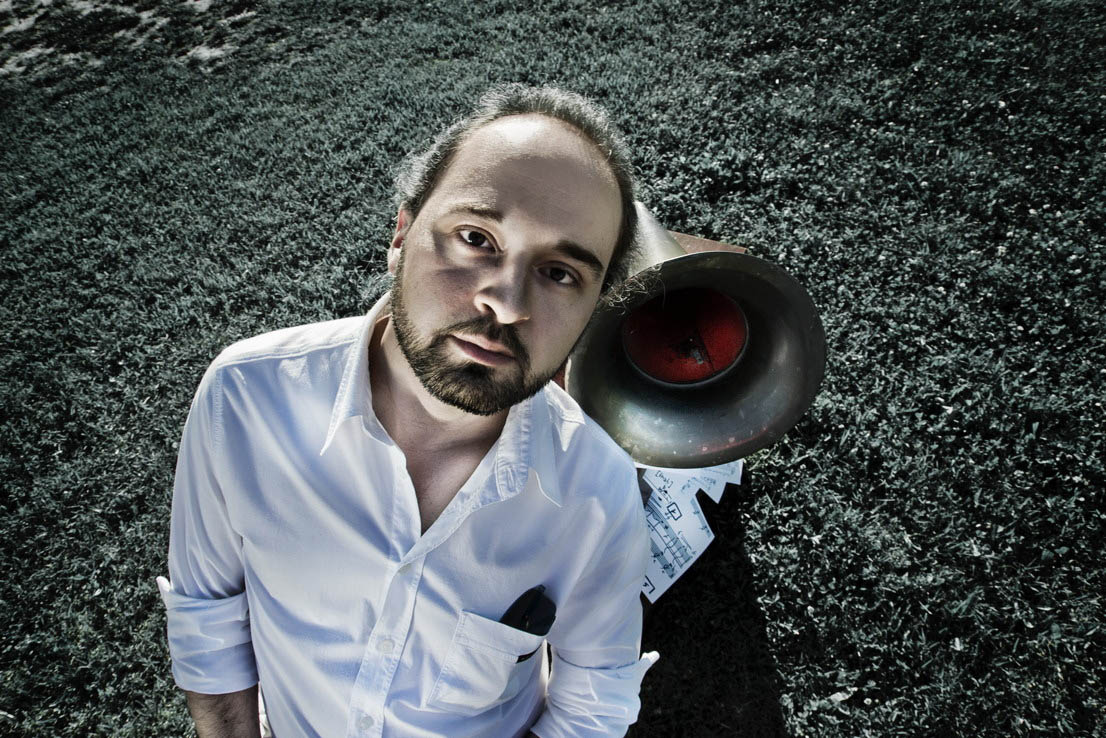 for classical guitar and fixed media

As one may guess from its title, Gianluca Verlingieri’s pieceResonancias y Redobles (2017-‘19) takes inspiration from Azio Corghi’s work Consonancias y Redobles (1973-’74), this last one inspired in its turn by Fantasia XVI by Spanish Renaissance composer and vihuelist Luis de Milán. Azio Corghi (1937-) has undoubtedly been a compositional mentor for the young Verlingieri, and this piece is therefore to be intended as a hommage from a former disciple to his Maestro turning Eighty. More in-depth, Verlingieri thought about his work in terms of “analysis and re-synthesis” of both Corghi’s and Milan’s pieces, agreeing with Luciano Berio’s idea that the best way to analyze a piece is to write another one. Resonancias y Redobles then develops gestures and figures extrapolated from Milan’s Fantasia, convolving them with Corghi’s piece harmonic fields and extended techniques. Electronics plays here the role of augmenting the guitar, both from technical and expressive points of view, helping for example to postpone the sudden death of the dynamic envelopes of chords thanks to a virtual resonance pedal given to the performer. The composition is divided in two separate movements, resembling the two different concepts of Milan’s work, revisited also by Corghi itself, about Consonancias (vocal and quite style) and Redobles (more lively instrumental style).