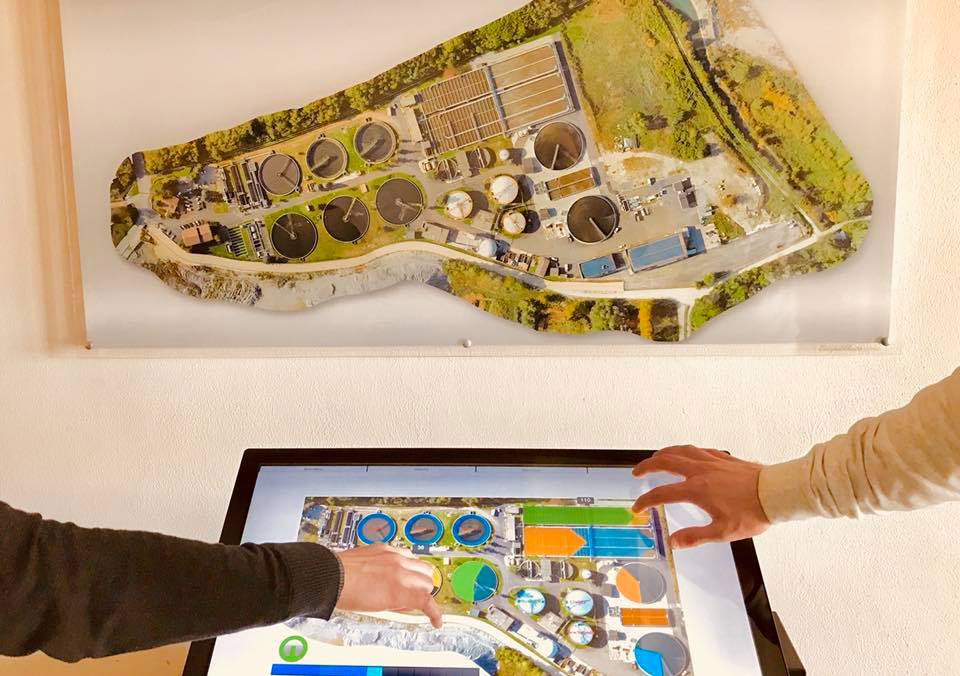 The idea was born looking at the aerial photos of the ACDA purifier plant. METS Professor Gianluca Verlingieri imagined that some visible geometric shapes (for example, circular tanks) could be turned into knobs and buttons of a control surface in a software like Max (Cycling 74’s programmable environment for music).

With the conceptual and practical (programming) help of Prof. Giuseppe Gavazza and Prof. Simone Conforti (that also recorded the real sounds of the plant, then edited by Verlingieri, and many other tasks done by METS students), three control surfaces were created for the installation, on a big touch screen system: Water Mixer, a virtual mixer that reproduces the sounds of the different areas of the plant, Water DJ, a series of virtual DJ plates that can also scratch and, finally, Water Drum, a real electronic drum kit. In the installation.

The visitor interacts with a large format tactile surface, which reproduces the aerial photo of the plant. By manipulating virtual controls on a large touch screen, several people can simultaneously combine sounds made entirely from audio recordings previously made by METS at the plant itself. The different parts of the plant, sonically speaking, have their own rhythms and timbres, revealed by a work of sound design that highlighted their musical character.