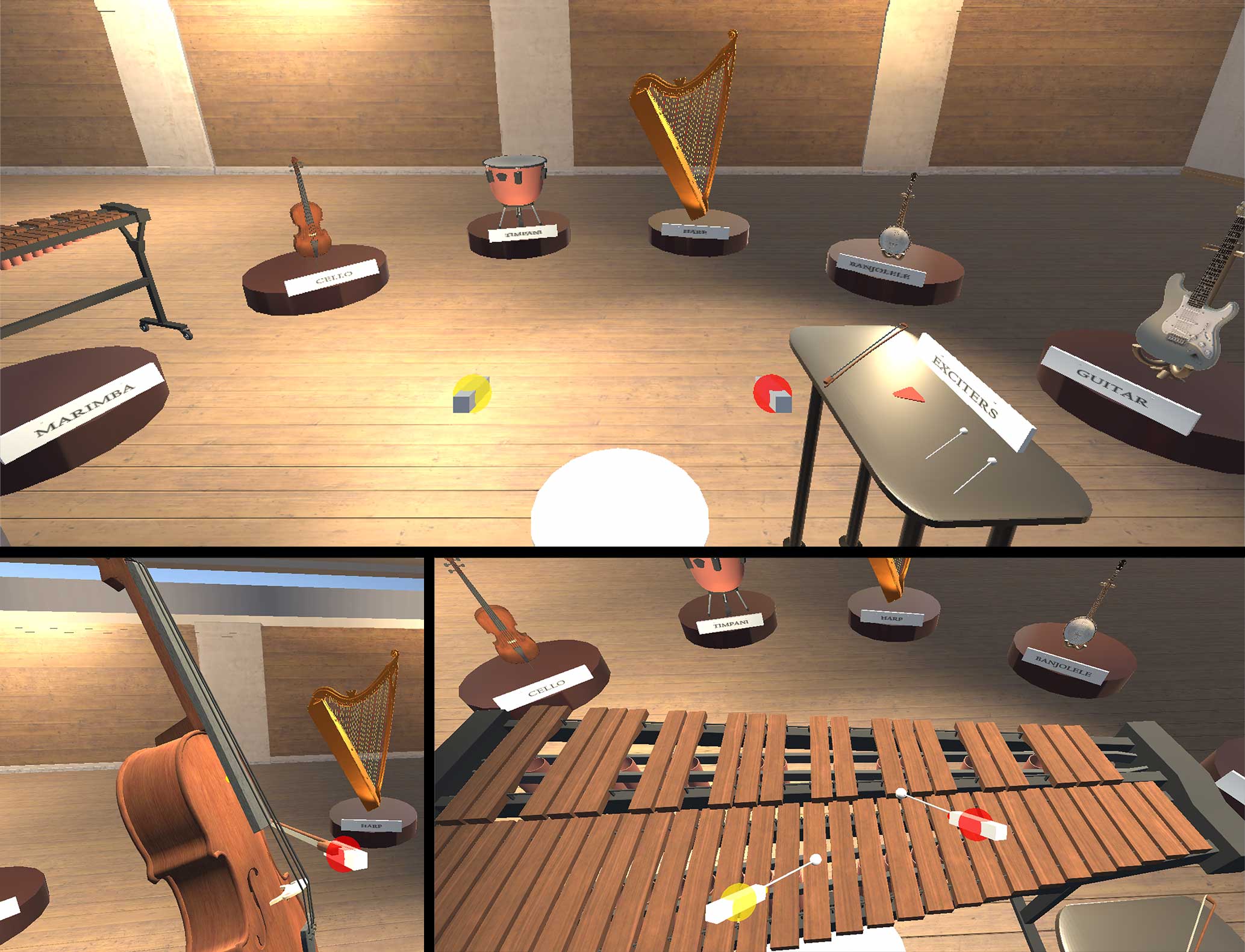 The sound is generated using physical modelling sound synthesis rather than using samples of the real-world counterparts. This is to retain realistic details due to performance interaction which are lost otherwise. The instruments include the guitar, banjo, harp, timpani, cello and marimba and can be interacted with using a bow, guitar pick and felt hammers. The chosen instruments serve as case studies for a toolkit which developers can use to build virtual musical instruments from scratch in a modular fashion. A demo of the VR application can be found here.

The sound engine is made using the JUCE framework and is based on a scientific paper published at the annual Sound and Music Computing conference. With the stand-alone application, users can build musical instruments in a modular fashion by adding e.g. several string modules, a bridge module and a body module to create a guitar or a violin.