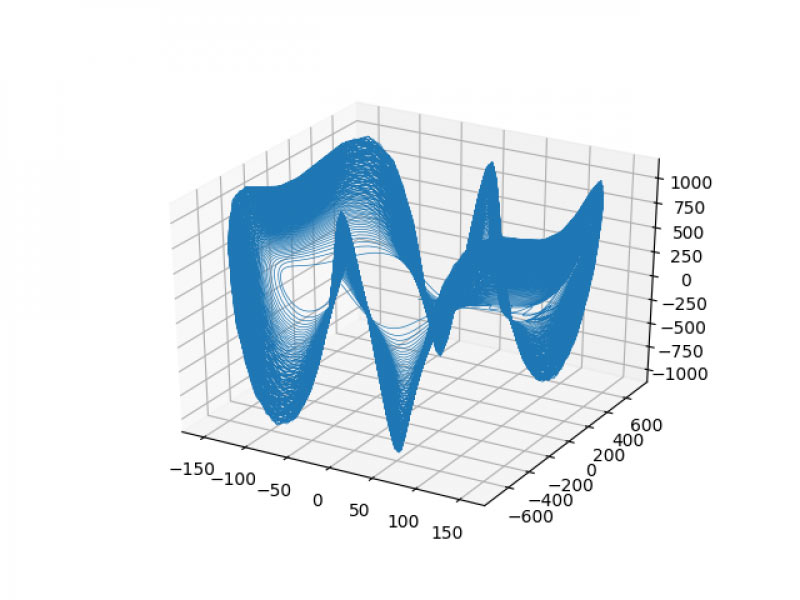 Bursty Exorbitance is an eight-channel computer generated composition developed at the ZKM | Hertz-Lab as part of the ”graphic notation” residencies. It explores the eruptive sonic qualities which emerge from a far-from-equilibrium drive of a Generative Feedback Network, implemented with the Pure Data programming environment. Eight nodes with self-modulating mechanisms were soft-coupled as non-linear oscillators, which produced continuous sonic streams of explosive and recalcitrant character. Some crucial parameters of the self-modulating mechanisms were controlled by a four-dimensional chaotic attractor discovered in 2017 by M. Ababneh at the Department of Mechatronics Engineering of the Hashemite University in Zarqa Jordan. The visualisations of the attractor served as the “score”, providing proper parameter mappings for the macro development of the composition. Other important sets of parameters were randomised within composed limits while other parameters were manually adjusted during the unfolding of the composition.