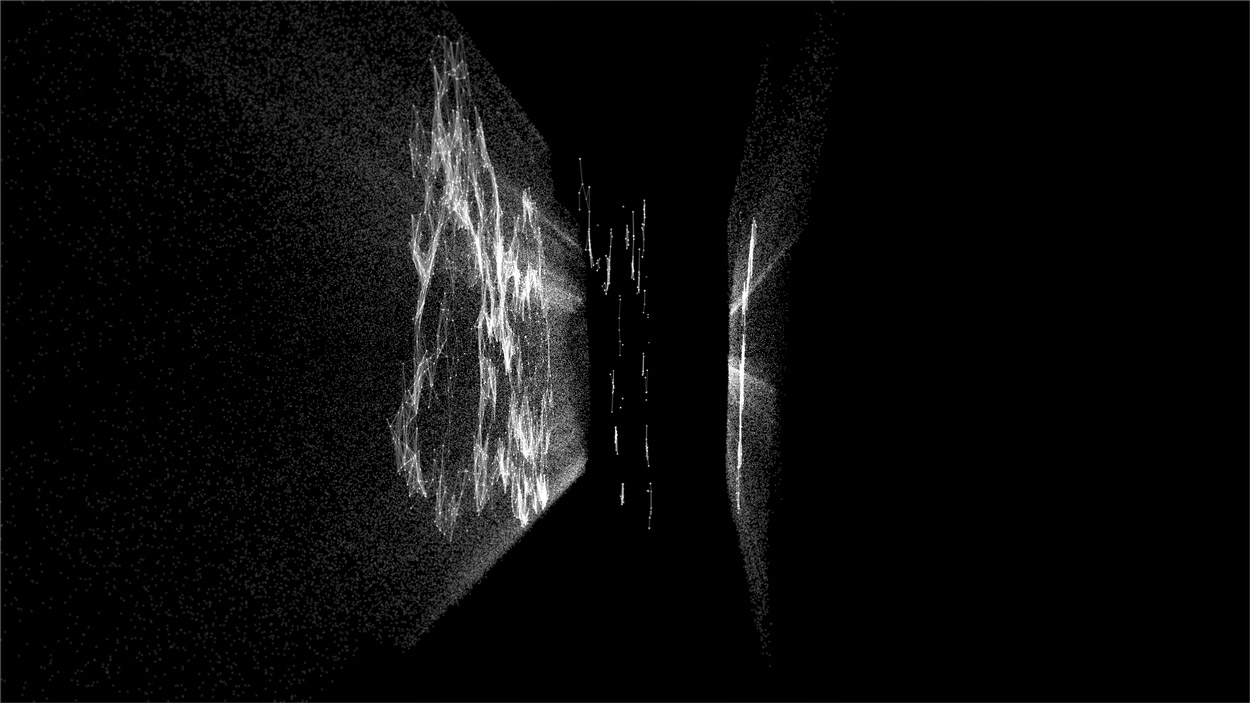 Capillaries Capillaries is an audiovisual composition that does not prioritise any established audiovisual hierarchy. Therefore, the piece does not represent a visualisation of music or music for an image but rather a tangle of audiovisual interactions. In a predominantly bottom-up compositional approach, most of the compositional decisions came as a consequence of cross-fertilisation between both modalities.

The concept represents the translation of the id, ego and super-ego model to the audiovisual world. Just as the ego is established between the two groups of conflicting forces that constitute, distort, constrain, liberate, punish or disperse our subjectivity, so too is the material of Capillaries Capillaries. What we observe throughout the work is one and the same material transformed in different ways.

The emerging structures were hence approached from two opposite angles. Some parts of the piece are predominantly “id driven” and are based on “hands off” generative techniques where time, rhythm and sound originate from various methods of geometry sonification - hence the unexpected bursts of energy, jerky rhythms and random time.

Other parts on the contrary reflect the super-ego like internalisation of cultural norms - hence the metric re-organisation of audiovisual material into tidy sound-geometry-time gestalts or comprehensible shapes. However, the main focus of the piece is the space in between where the forces of id are tamed and the rules of super-ego bended - where noise becomes form and form becomes noise.