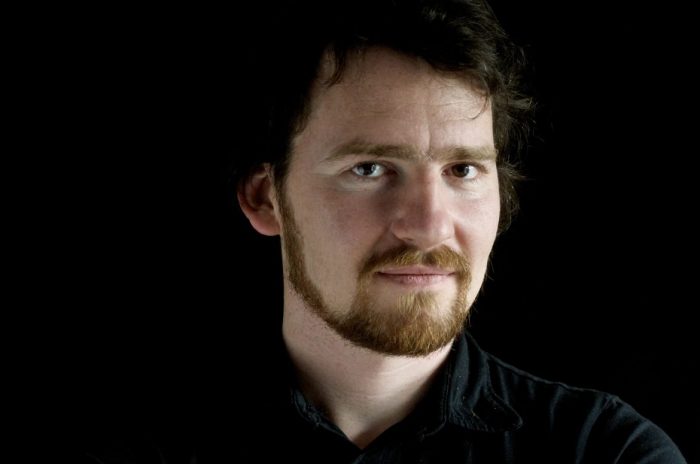 Tadej Droljc, PhD, is an interdisciplinary artist, active in the field of electronic music, computer-generated audiovisual compositions, and other forms of intermedia art. In 2019, he concluded his PhD studies of audiovisual composition at the Centre for Research in New Music at Huddersfield University (UK). In recent years, he has received numerous international awards, including the Edigma Semibreve Award, the Lumen Prize Student Award, the Lumen shortlist, the Madatac Most Promising Video Artist award, the Denis Smalley scholarship in electroacoustic music, and the Ministry of Culture of the Republic of Slovenia post-graduate studies scholarship. His work has been featured in festivals all over the world, including the famed Ars Electronica, L.E.V. Festival, Marche du Film (Cannes Film Festival), Semibreve, Node, Sonica Glasgow, Brighton Digital Festival, Madatac, Inter BEE Tokyo.

His works include Capillaries Capillaries (2017), Singing Sand (2018), and three-piece Synspecies (2018), co-authored with Elías Merino. Droljc premiered his latest work Beambreaker in the end of 2019 at Kino Šiška in Ljubljana. Beambreaker, a composition for a laser, light, projection and sound, builds an audiovisual object that is based on the tight synchronisation of the visible and the audible.