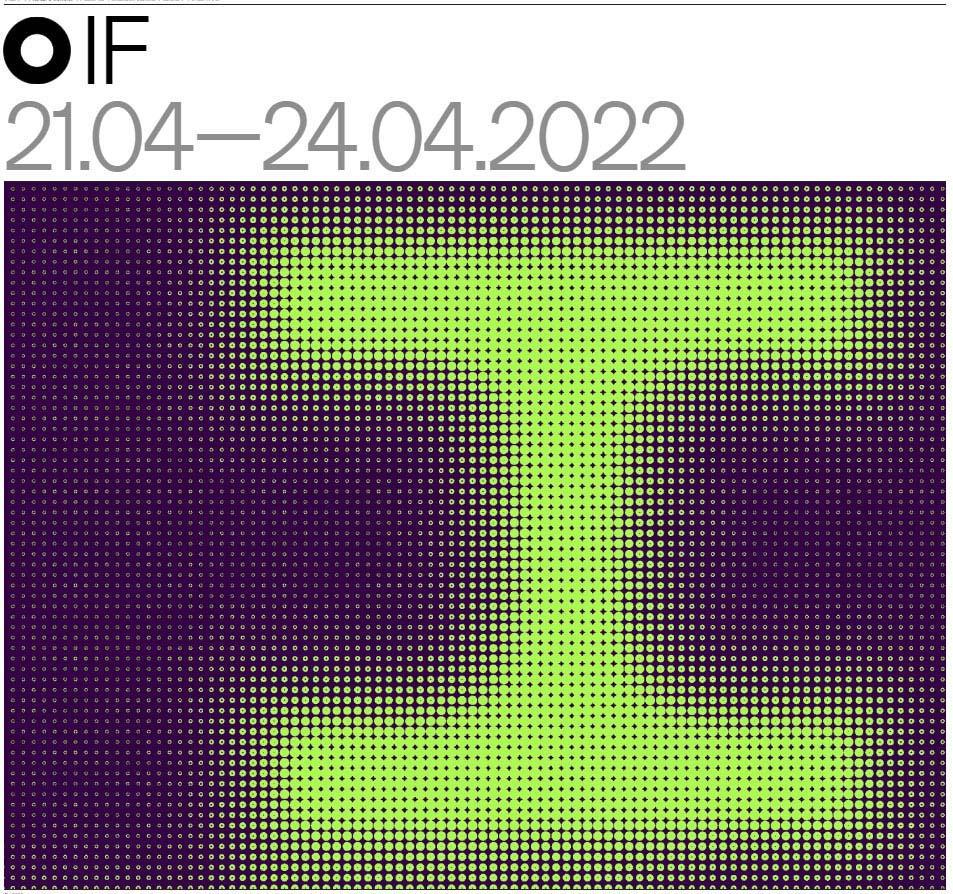 Operating at the cross-roads of audio-visual practices, media art, music and digital cultures, IF presented the latest creations where electronic sounds merge with visual arts.

The 4-day festival organised by iMAL gathered (inter)national artists and combines both contemporary creation and live performances, with the added dimension of a club-focussed programme for those who wanted to continue into the night.

This very first and inaugural edition of IF took place from 21-24 April 2022 and united more than 20 remarkable artists in Brussels.

Marko Ciciliani : Rave Scéance
For a detailed description of the performance see the events above.