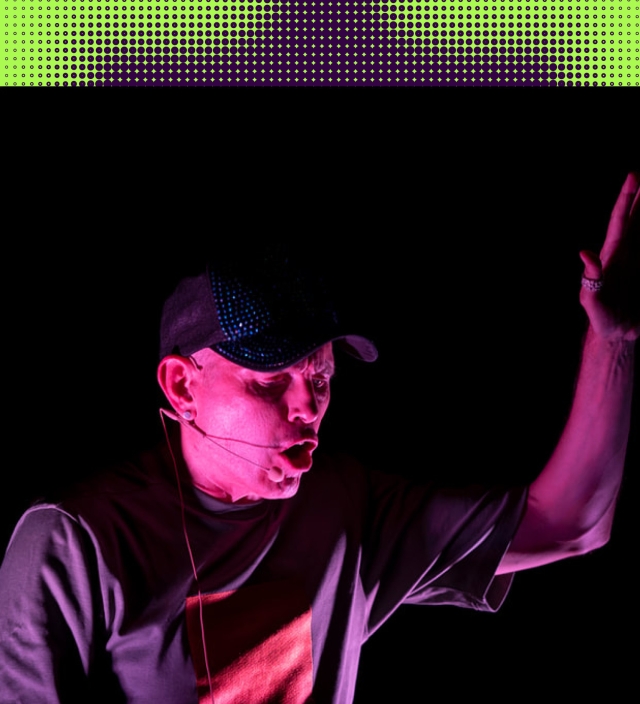 Marko Ciciliani (1970, Zagreb) is a composer, audiovisual artist and performer based in Austria. The focus of his work lies in the composition of performative electronic music, mostly in audiovisual contexts. Interactive video, light design and laser graphics often play an integral part in his compositions. Ciciliani’s music has been performed in more than forty-five countries across Eurasia, Oceania and the Americas.It has been programmed at festivals and concert series of electronic experimental music such as Experimental Intermedia, Club Transmediale, SuperDeluxe, Ibrasotope or Findars; by festivals for post- avantgarde music such as Donaueschinger Musiktage, Ultraschall, Huddersfield Contemporary Music Festival or Maerzmusik; just as well as in the context of media art, as in the festival Ars Electronica. His work has been released on CDs, multimedia books featuring transdisciplinary and audiovisual pieces. He hold lectures and publish actively in the field of artistic research regarding audiovisual composition. He is — Professor for Computer Music Composition and Sound Design at the Institute for Electronic Music and Acoustics (IEM) of the University of Music and Performing Arts Graz ;— tutor at the “Summer Courses for Contemporary Music Darmstadt”— and artistic director of ChampdAction.LAbO festival TimeCanvas@DeSingel in Antwerp.