HomeLibraryGame Elements and Their Artistic Potential for Audiovisual Works 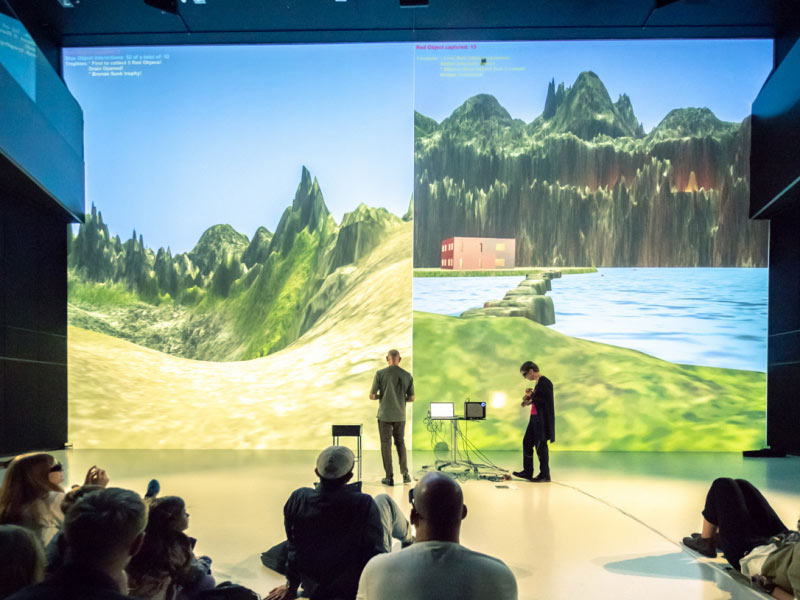 Game Elements and Their Artistic Potential for Audiovisual Works

In August 2020, Marko Ciciliani (HR) was invited to a festival by Ljudmila Art and Science Laboratory to premiere his project Rave Séance, produced during his EASTN-DC residency at iMAL. During the same festival, he also lead a masterclass based on his performance practice, titled "Game Elements and Their Artistic Potential for Audiovisual Works".

The inclusion of elements from games and especially from computer games in audiovisual works offers many artistic opportunities but also challenges. Since 2016, Marko Ciciliani investigates various possibilities for utilising elements from games in the context of performance-based audiovisual works. Since the start of the project, 19 new works have been created which exemplify and investigate the inclusion of particular game elements in the context of interdisciplinary works that are staged in concert settings or as live installations. This masterclass presented examples of artistic works that have emerged in this project as well as the research findings.