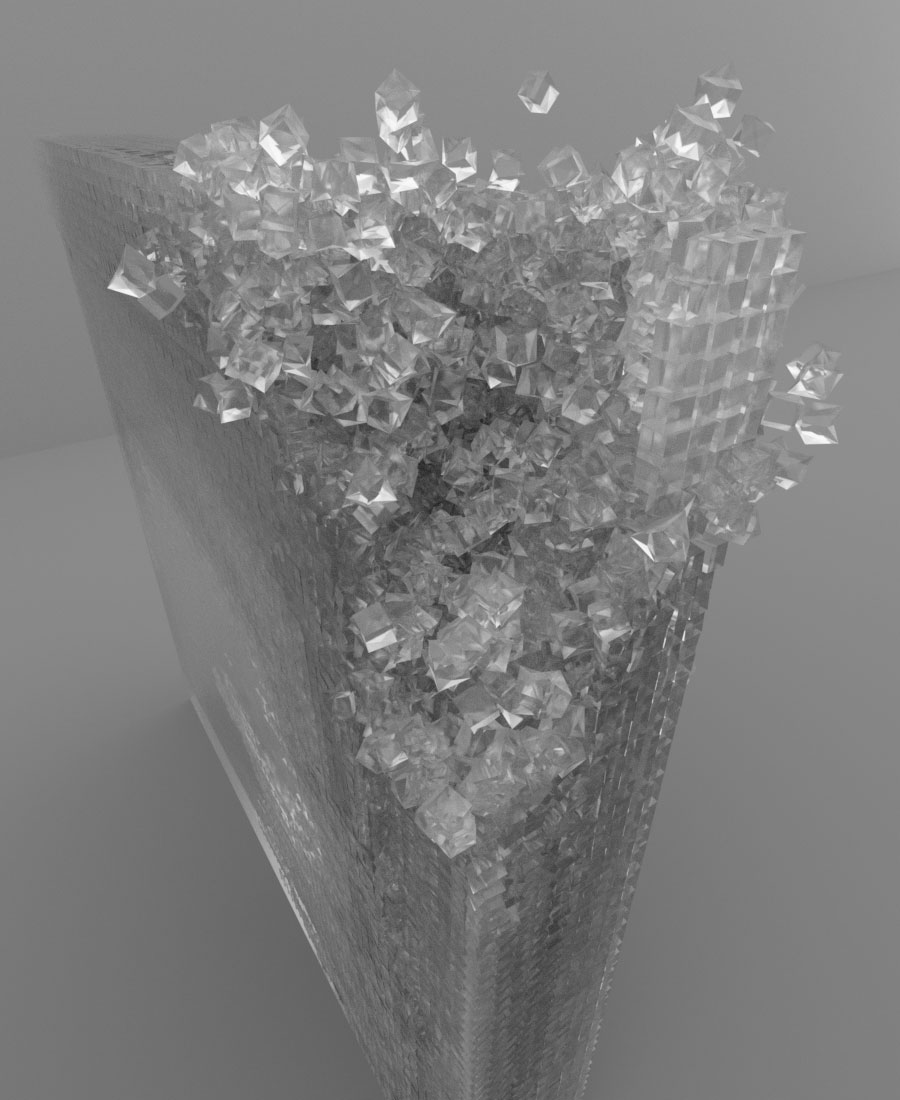 One of a ACROE's artistic research topics, in cooperation with the ICA laboratory, is related to the art of visual movement, led by Annie Luciani. It rises the principle that the visual movement itself is an subject of art and that, beyond cinema, a specific technology has to be developed.

We already have the intuition to the extent that it already has its own vocabulary. It expressed in verbs such as shuddering, throbbing, ... nouns such as swinging, vibrating... It can also be expressed via adjectives, adverbs or qualifying nominal groups: accelerated, soft (a soft priming), lively (a lively detachment), slowly, land with lightness ... Movement - that is, the dynamics, or more, the expression of dynamics, of the way of change, of a way of being that is the change in its qualities - therefore exists well, for itself.

Thus, ACROE has developed software technology to create and manipulate this type of artistic object. As for sound and music, it is based on physical modeling and simulation, since physics is the science of movement.These topics founded several scientific theses and artistic creations.

But what about when transformations in dynamics occurred, such as those that happen when something breaks, bursts, tears or frays?

In a first doctoral study, Saman Kalantari, in his thesis defended on May 27, 2014, studied soft tears.

Jérémy Riffet broadens this topic and proposes general methods to model and simulate all kinds of animated transformations.