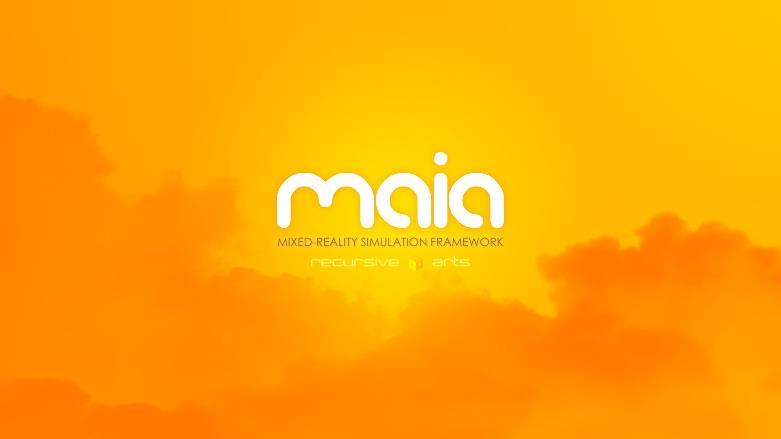 MAIA, designed for EASTN-DC by artist-in-residence Recursive Arts (Ignacio Pecino), is a mixed reality simulation framework designed to materialise a digital overlay of creative ideas in synchronised trans-real environments. It has been proposed as an extension to the author’s previous research on Locative Audio (SonicMaps).
For this purpose, a number of hyper-real virtual replicas (1:1 scale) of real world locations are to be built in the form of 3D parallel worlds where user-generated content is accurately localised, persistent, and automatically synchronised between both worlds—the real and the virtual counterparts. The focus is on fading the boundaries between the physical and digital worlds, facilitating creative activities and social interactions in selected locations regardless of the ontological approach. We should thus be able to explore, create, and manipulate “inworld” digital content whether we are physically walking around these locations with an AR device (local user), or visiting their virtual replicas from a computer located anywhere in the world (remote user). In both cases, local and remote agents will be allowed to collaborate and interact with each other while experiencing the same existing content (i.e. buildings, trees, data overlays, etc.). This idea somehow resonates with some of the philosophical elaborations by Umberto Eco in his 1975 essay "Travels in Hyperreality", where models and imitations are not just a mere reproduction of reality, but an attempt at improving on it. In this context, VR environments in transreality can serve as accessible simulation tools for the development and production of localised AR experiences, but they can also constitute an end in itself, an equally valid form of reality from a functional, structural, and perceptual point of view.