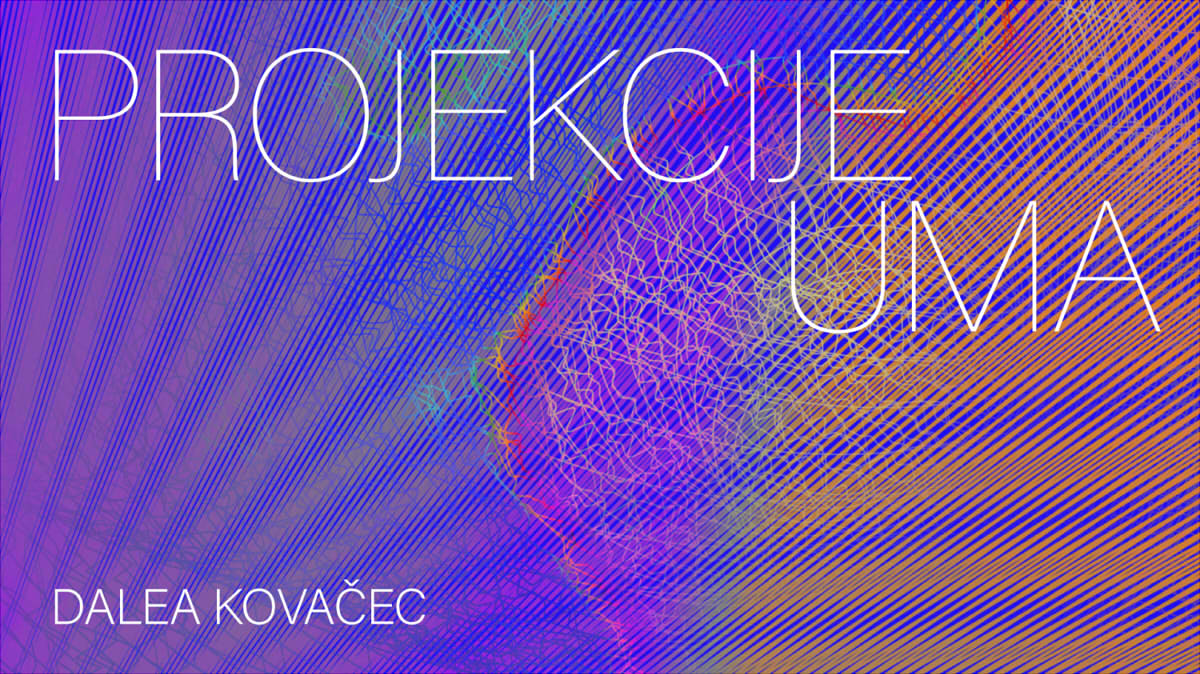 As part of her art research project, Mind Projections, artist Dalea Kovačec continues exploring the influence of digital and information technologies on human perception, which she has been transcribing into varied and content-adapted art media for several years. Her process is based on one of her older works, Until the End of Memory, where she appropriated publicly available recordings of the everyday life of internet users to study contemporary methods for documenting and archiving our lives and how we present and perceive them. The exhibited project at Osmo/za continues to centre on the correlation between memory, recollection, and digital technologies, its iteration being actively co-created by the spectators themselves.

The artwork involves an interactive spatial installation that relies on electroencephalography to provide the visitor with indirect insight into their brain’s electrical activity during a moderated recollection experience. To encourage the spectator to reflect on their own life, the work uses an audio recording of chronologically ordered autobiographical questions, posed by a monotone computer-generated voice. Simultaneously, the spectator is shown a corresponding video narration containing anonymised recordings of social network users. Information on his brain activity is collected using an EEG headband and computer software, especially designed for the project, which translate this information and use it to simultaneously manipulate the video, projected onto the installation’s transparent acrylic glass, separated from the exhibition space. The externalised changes in the brain activity of the EEG headset user can be seen in the various distortions in the video narration and also by spectators outside the interactive space.

The artwork, repeatedly generated and formed by the spectator, is clearly interdisciplinary in the subject areas it addresses, referencing the natural sciences, as well as social sciences and the humanities. The intensive and direct intermedia experiences, which penetrates the (non)conscious, confronts the spectator with humanity’s inherent need for documenting its own life and the contemporary imperative for exhibiting and displaying it. The result of this compulsive posting of one’s one images and recordings on the World Wide Web is an infinite, ever-growing digital anthology of individual and collective memories, which showcase every stage of a person’s life, from birth and adolescence to ageing and death. The visual chronology of life, used in the Mind Projections installation, is made up of exactly these sorts of images. Through it, the artist hints at the uncontrollable virality of the internet imaginarium, the potential for appropriating and interpreting the posted images, as well as at the possibility of their exploitation. By visualising the neurological activity of an individual and pointing at the problematic nature of sharing culture, the artwork alludes to today’s increasingly vague dividing line between the public and private. It also addresses the issue of technology’s intrusion into our most intimate spaces, encouraging us to think about the influence of digital images, both those belonging to others and to ourselves, on forming and potentially transforming human memory, which, by its very nature, is reconstructive and prone to suggestion. The project, presented at Osmo/za, does not try to hide the thematic fragmentation of this emerging work; rather, it uses it as the basis for further collaboration and cooperation with competent individuals and groups that are active in the diverse fields it occupies. 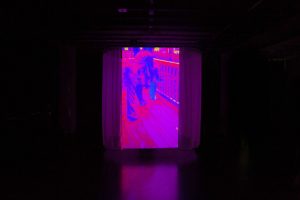