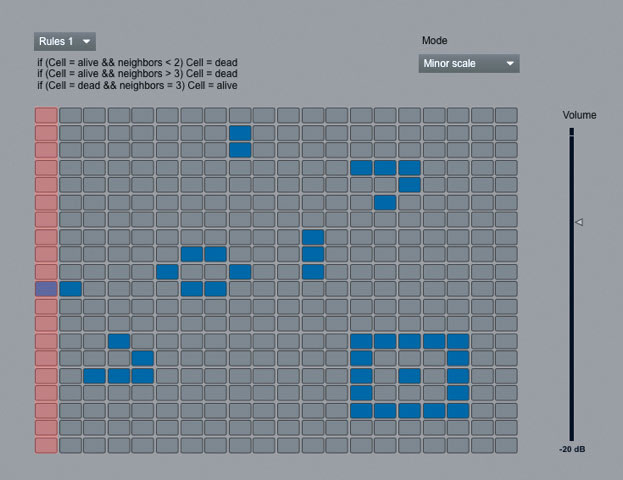 Cellular automata are algorithms that can describe processes in the two - or three- dimensional space through relatively simple rules. They were developed by various mathematicians and scientists beginning in the 1940s. In his 1970 Game of Life, mathematician John Horton Conway defined a cellular automaton through which it is possible to simulate the processes of the development of populations of living beings. Conway’s two-dimensional automaton is effectively comprised of graph paper on which individual cells are placed. In their basic form, these cells can exist in one of two forms: living or dead. The state of each cell is determined by the neighboring cells that surround it. There are also starting conditions, under which cells arbitrarily are defined as living or dead. Each of these cells then faces the following rules:

Cellular automata can be used both for visual processes and for the development of sounds. With the CellularAutomataExplorer, visitors can alter the rules of cellular automata, triggering compositional processes.