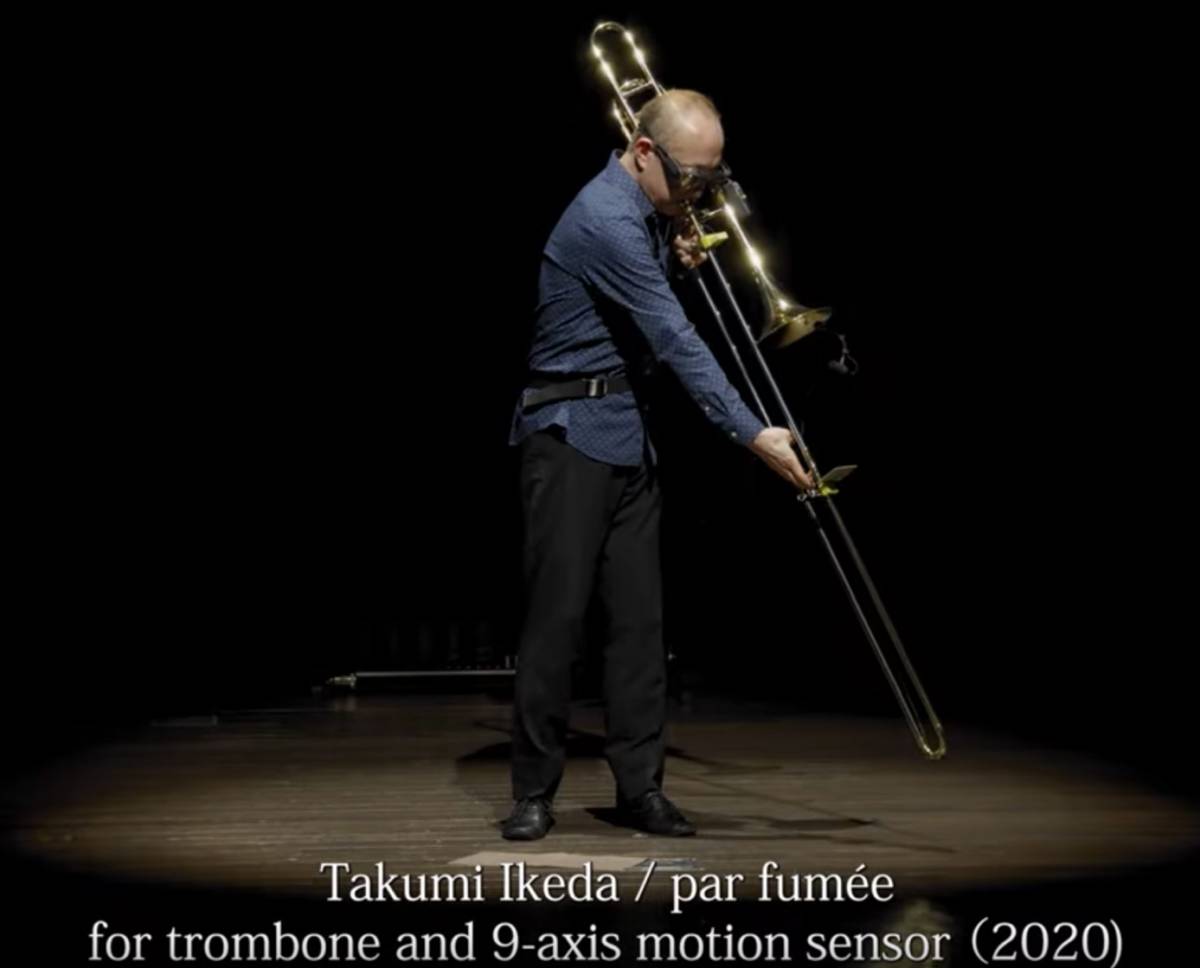 for trombone and 9-axis motion sensor

The trombone is equipped with a 9-axis sensor module and a laser rangefinder.

These sensors get the data of the direction and tilt of the instrument and the length of the slide. The data are used for sound synthesis. The player's movements are partly notated and partly improvised.

All of trombone part are made from the 14th century composer Solage's "Fumeux fume par fumée". The inevitability of the use of live electronics in instrumental music is often a matter of concern. Still, the idea of attaching sensors to the instrument was the brainchild of the trombonist. Therefore the goal was clear from the beginning.