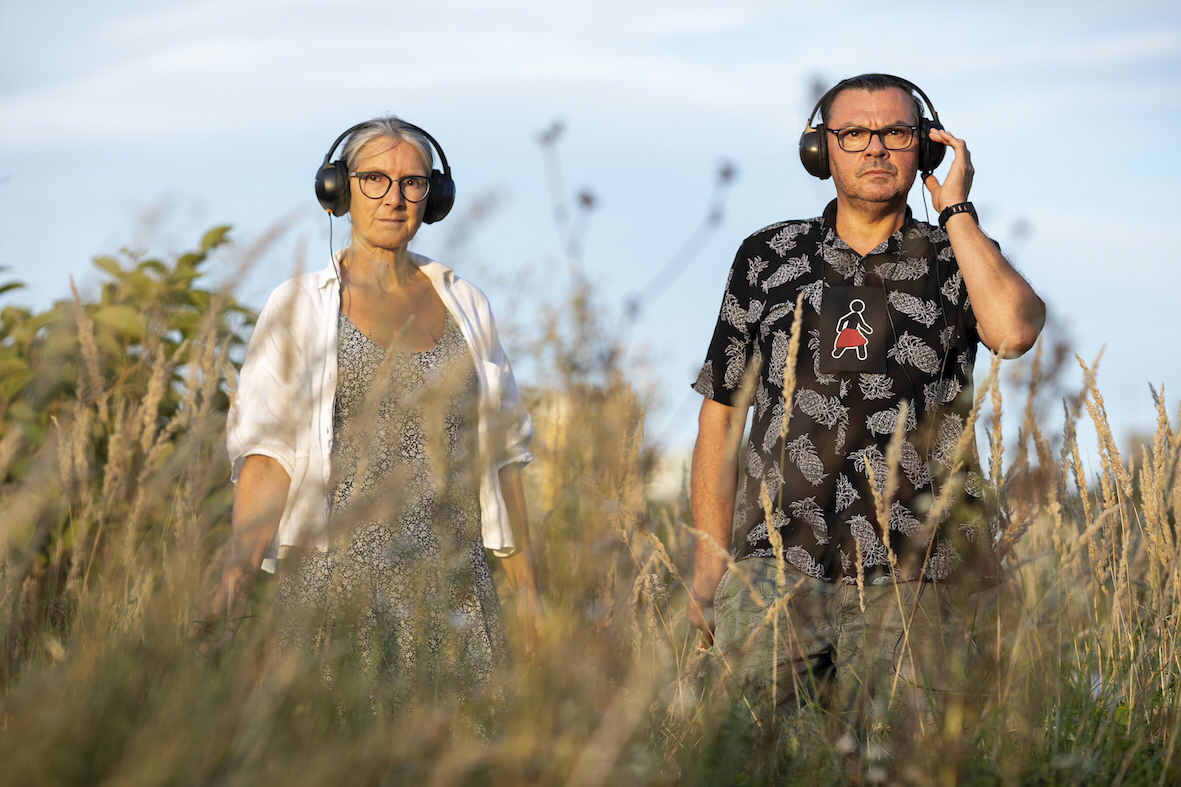 A walk along the railway tracks, with the help of an app and headphones, leads a viewer, a wanderer and an eavesdropper into a performative space. The work was created during the time of the epidemic when all public life had come to a standstill. As a result, the thick layer of the all-encompassing and constant noise disappeared, the existence of which we only really became aware of once it was gone. The authors captured this period, marked by weeks of silence and the gradual return of noise, with their recording equipment, walked paths and by discovering local micro spaces. The result of their research is the existent locative performance, which, through the absence of noise, tells a tale of future space. By using geolocation tools, the performance reflects on an experiential experience of landscape and sound and, in these complicated times, brings forth thoughts about the potential of a degraded space from the perspective of a society incapable of dialogue. The latter is using its last atoms of strength to depict dominance over the planet, while plants on the other side are blossoming, intertwining and even consoling, soothing, silencing and covering the all-pervasive species. The rhythm of walking, listening-in to the transitional space, a path that leads away from the overburdened city, and of listening to the degraded, waiting spaces, which are being taken back by nature, form the stance of this period of time … before it ends.

The authors have developed the work with the help of the geolocation tool ECHOES, developed by Echoes Lab. More than 30 geolocation points, connected by sound files and in combination with the available navigation tools, form the subtle dramaturgy of the overall acoustic image of the work Sandbox at a specific location.