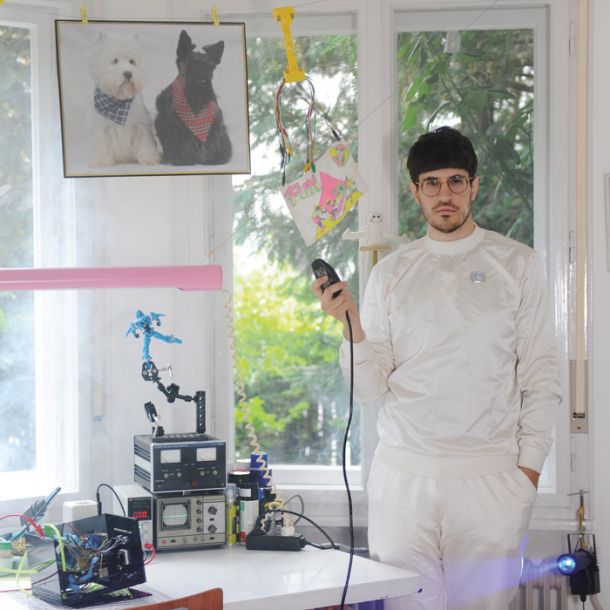 Dan Adlešič (1990) is a young Slovenian artist and product designer. Adlešič graduated in 2015 at Design Academy Eindhoven in the Contextual Design program with the project Electricity is just like … WOAH! that was further on presented by Studio Makkink & Bey at the Bi-City Biennale of Urbanism/Architecture in Shenzhen, China and at the Ram Gallery in Rotterdam. In 2016 he presented the project in the form of an exhibition in several galleries across Europe such as the Rossana Orlandi in Milan, the De Witte Dame in Eindhoven, and at the Helsinki Design Museum, and as a performance at the Palais de Tokyo in Paris. That same year he also had a solo show in Kino Šiška, Ljubljana.

In 2017 he participated at the Design Biennale BIO25 in Ljubljana for which he created a custom audiovisual installation together with scientist and poet Andrej Detela that was then displayed in the Županova cave. At Ljubljana’s venue osmo/za, he also presented his latest work Entrop (2019).