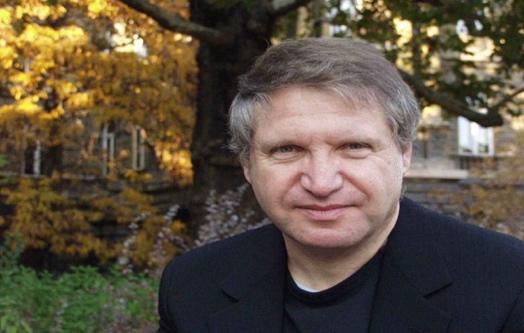 After studying composition at the Frantz Liszt Academy in Budapest (Hungary), György Kurtàg joined the team of I.R.C.A.M as a composer-researcher (Instrumental Research Workshop). He works among others with Mr. Kagel, Peter Eötvös, S.Bussotti, Daniel Kientzy, Pierre Yves Artaud, the Arditti Quartet. His participation in this research encompasses both the analysis and capture of the instrumentalist’s actions, as well as the creation of new instruments.

Variation N ° 1 – “Think before, during and after the action” … in collective improvisation
or the future is built as and when by the exchange of musical ideas between participants. The quality of communication encompasses both the dialogue of the musicians with the material, the communication with the public, and the different strategies of the game.
As a researcher he is interested in the creation of intelligent instruments and devices integrating both collective instruments and the pedagogy of interactivity.
As a composer, he is interested in collaborative work with other composers, but also in evolutionary projects with performers.
As a pedagogue, he has developed a method that develops basic skills essential for three-dimensional communication fluidity:
Sensory intelligence (mobility of listening, tactile perception etc.),
shared intelligence (human-machine communication),
collective intelligence (free improvisation: readability of intentions, anticipation, orientation in time and form, understanding and context management).

Variation N ° 2 – Creation of instrumental devices
György Kurtàg Jr, has been working since 1983 on the creation of instrumental musical devices, allowing to understand the “cognitive ergonomics” of sound creation, improvisation and musical interpretation from the analysis … and resynthesis of the instrumental gesture. Computer music offers the opportunity to browse the various attitudes of luthier, composer, performer and sound engineer with flexibility allowing navigation between micro and macro-structure of sound and music.
In exploring gesture-listening relationships (the sensorimotor loop), he has developed a particular listening technique that allows him to explore it in a synthetic way.