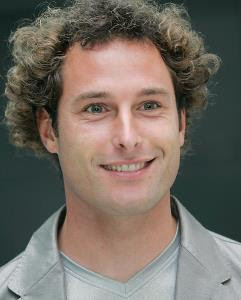 Slovenian poet, translator, and a sailor

Karlo Hmeljak is a poet, translator of poetry, and a world class competitive sailor. He represented Slovenia at the Summer Olympic Games in Beijing in 2008, where he competed in the two-man 470 class dinghy together with Mitja Nevečny, finishing in 18th place. He published his debut collection of poetry, Dve leti pod ničlo (Two Years below Zero), in 2007. It was nominated for the best debut book and selected for the Pranger Festival. He has also authored the collections of poetry Ljubavne (Love Songs, 2012) and Krčrk (A Convulsion of Letters, 2013), for which he won the Veronika Prize for the best poetry book of the year. His poems have been featured in the anthology of poetry from the Koper area, Maestral 21 (2009). English translations of his poems have been included in the international journal of visual art, poetry and prose The Dirty Goat (2010), while translations of his poetry into Italian have been featured in the anthology Loro tornano la sera – Sette autori della giovane poesia slovena (They Will Return in the Evening – Poetry by Seven Young Slovenian Authors, 2011).