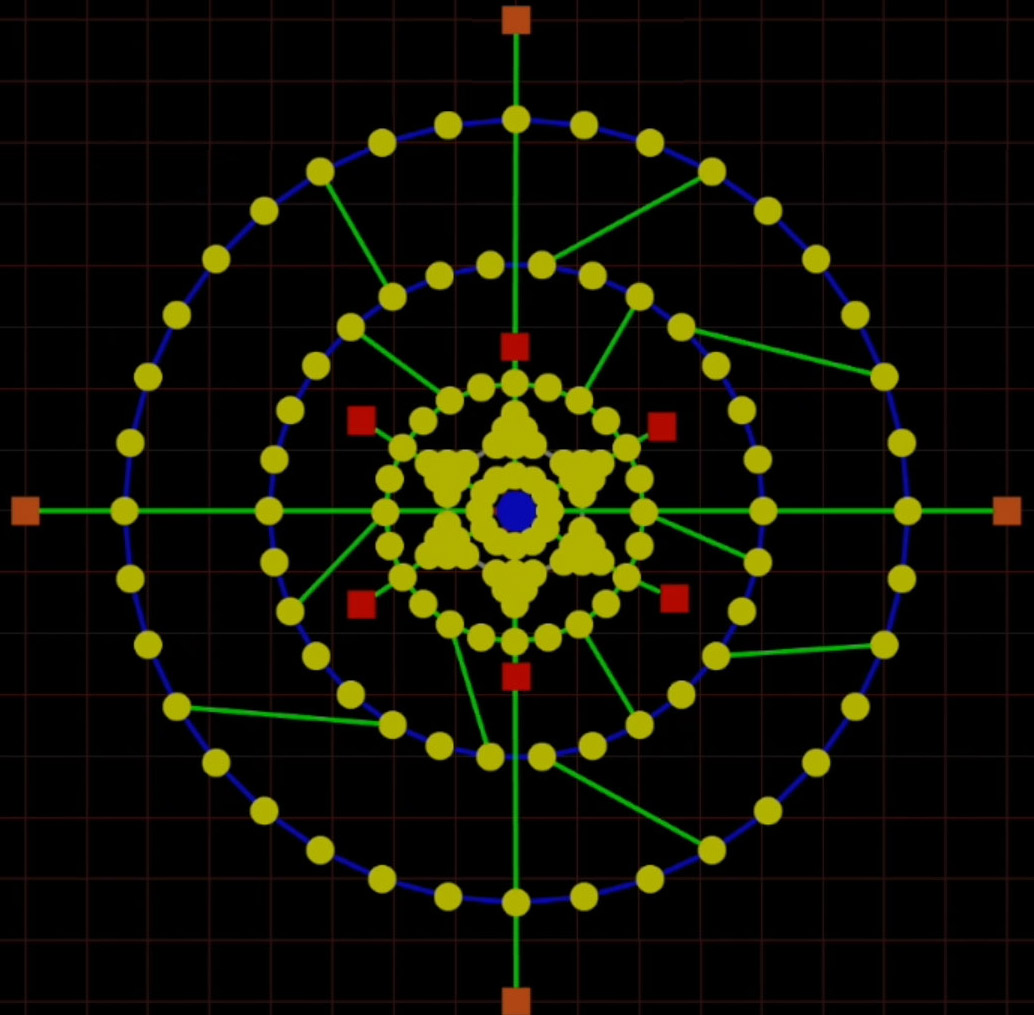 Anamorphic circle is a new musical piece composed in ACROEs studio in Grenoble, during ia musical residency @ ACROE & ICA art and science center in  Grenoble, on  GENESIS Software and TELLURIS Real Time Haptic Station. Several work sessions with the staff of ACROE&ICA  will precede the actual composition of the new work

It has been created at AGORA Creative festival 2019 October 2019, during which it was the first worldwide broadcasting.

It is organized in two parts, each of 15 minutes, that can be performed separately or joined and performed for one 30 minutes long composition :
- The first part will investigate an interactive scenario using ACROE’s force-feedback key-board. This part is projected for first performance at the international AGORA festival (Grenoble October 2019).
- The second part will realize the same ideas in a 3D loudspeakers dome setup (24 channels) performed at a 3D-concert serie (Royal Danish Academy of Music, Copenhagen march 2020).

"Physical modeling is attractive because of its modular nature and because dynamic variation arise naturally from parameters that correlate directly to the physical properties of the sounding object. Non-linearity is increasingly being recognized as fundamental in many areas of audio-physics. By studying the nature of coupling mechanisms (how an exciter and a resonator “interact”) a very large range of novel and dynamic sonics results can be produced."

...
"To compose with physical modeling both interactively with very new haptic gestural devices and sound diffusion into a 24-speakers dome is a very demanding task, which is comparable to the composition of a Symphony."