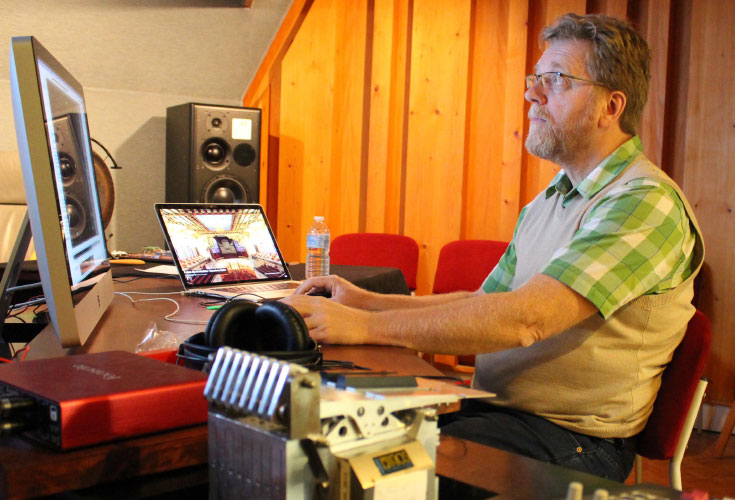 In his musical approach, Hans Peter Stubbe is particularly interested in the physical / acoustic nature of instruments and the phenomenology of natural sounds.

His first encounter with Claude Cadoz in 1996 gave rise to a first piece, Rhizome, with synthetic sounds by physical model and real instrumental play.
His collaboration with ACROE is based on the need to find, in the world of synthetic sounds, the phenomenology and richness of physical sounds.
Hans Peter Stubbe has been in residence at ACROE Grenoble in ACROE studios to work with Claude Cadoz from January 28 to February 1, 2018 on this issue which will be central in his next musical piece.