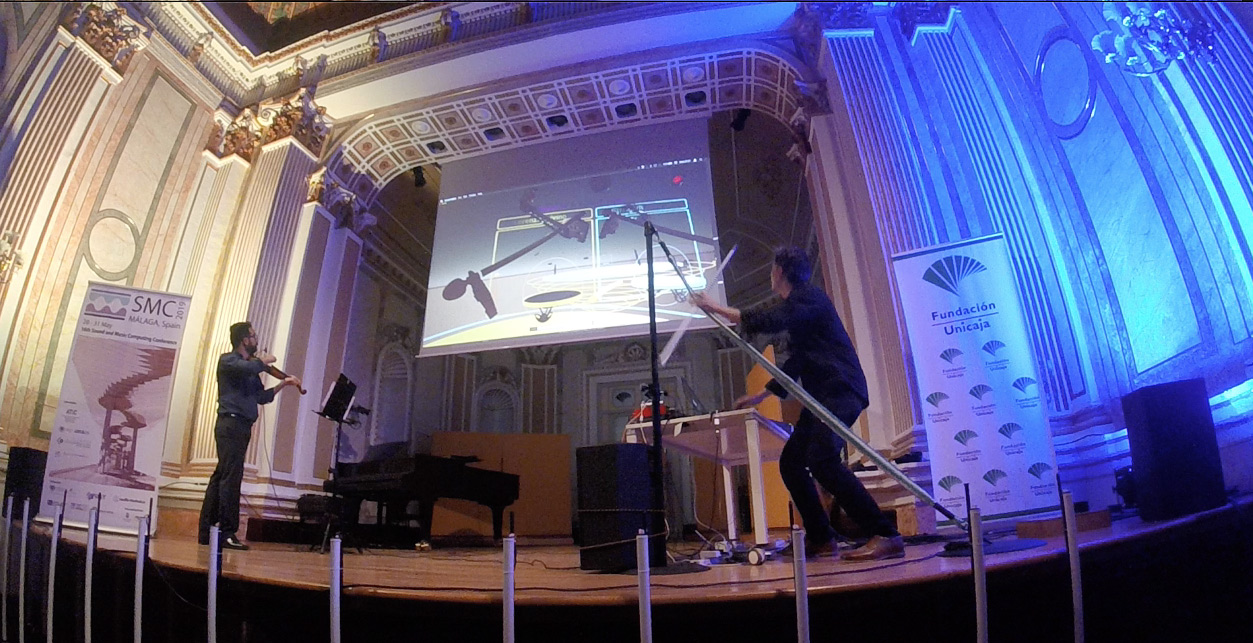 Bach versus Marchand, Steibelt vs. Beethoven, Kaila Mullady vs. Chiwawa … from classical music to beat boxing, skilful musicians have historically challenged each other to a context. Despite being quite bizarre, terms and rules of these musical battles are always clearly set and may include a range of virtuosic exercises, inventive improvisations, imitations and call-back defiant musical gestures. In most cases performers seek humiliating defeats, although sometimes engage in collaborative playing to audiences' delight. This research aims to abandon the arguably old-fashioned compositional idea around the exploration of the ‘virtual versus the real’. Instead, it presents a stage embracing non-virtual performers and instruments doubled by their ‘imaginary’, ‘symbolic’ and ‘real’ realities, letting audiences to experience creative expression in the Reality of the Virtual (Zizek, 2003).

After a 10-year journey using game-audio and game engines to construct sonic centric immersive experiences, Ricardo will introduce his new ideas towards combining his different digital instruments for competitive Musical Duel performances.
His collection of digital instruments includes a Bass clarinet, two African timbila, a VCS3 synthesizer, a 4-stringed Asian Pipa, a Microbial Ensemble, a Violin, a meca-bird simulator, a marching-band Snare Drum and an Ethertrum, an instrument to audify the Ethereum blockchain.
The first formal Duel battle will be presented in September 2018 at Festival Música Actual Manises in Valencia, alongside Sigma Project (a Saxophone Quartet) and Manusamo & Bzika (3D models). These Sonic Duels are informed by the concept of applying “eSports” in the context of traditional Musical Battles and Duels, typically seen between snare drummers in marching bands, beatboxing battles, saxophone battles, etc.