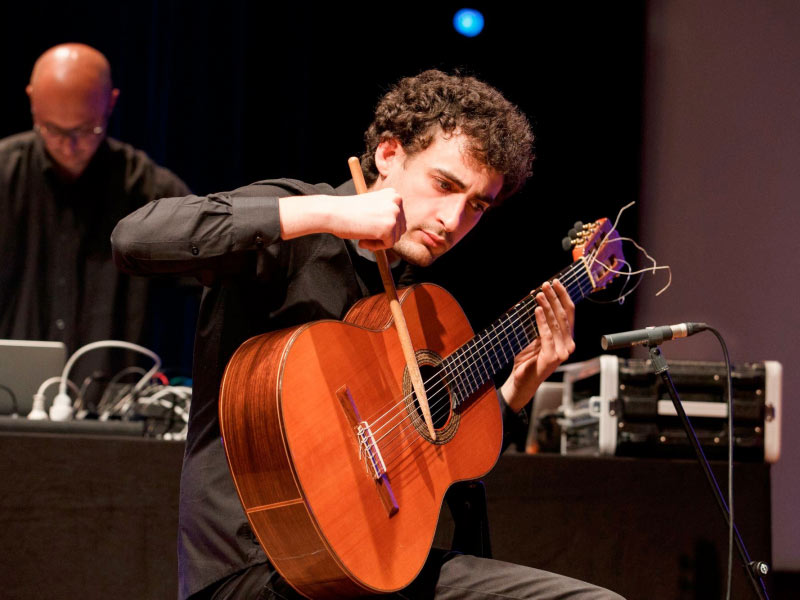 Cristina Mercuri, Simone Giordano (electronics) & Angelo Martino (guitar), all students from the METS Department at the “G. F. Ghedini” State Conservatory in Cuneo, proposed six different works composed for a brand new recording project, to be published by Da Vinci Classics (Japan). Three of these works are compositions by their teachers from METS (Gianluca Verlingieri, Giorgio Zucco and Davide Ficco); two others for the same project are by Stefano Giorgi and Mirko Andreoli. The last piece, Scaramouche, is by one of the performers, Cristina Mercuri.

All the works have a common theme, the concept of Elettronica Portativa (portative electronics), developed in the last ten years by composer and METS Professor Giuseppe Gavazza. In this case, it consists of a portable and self-sufficient, easily transported machine with an extended guitar and its own sound system.

The following works are performed: