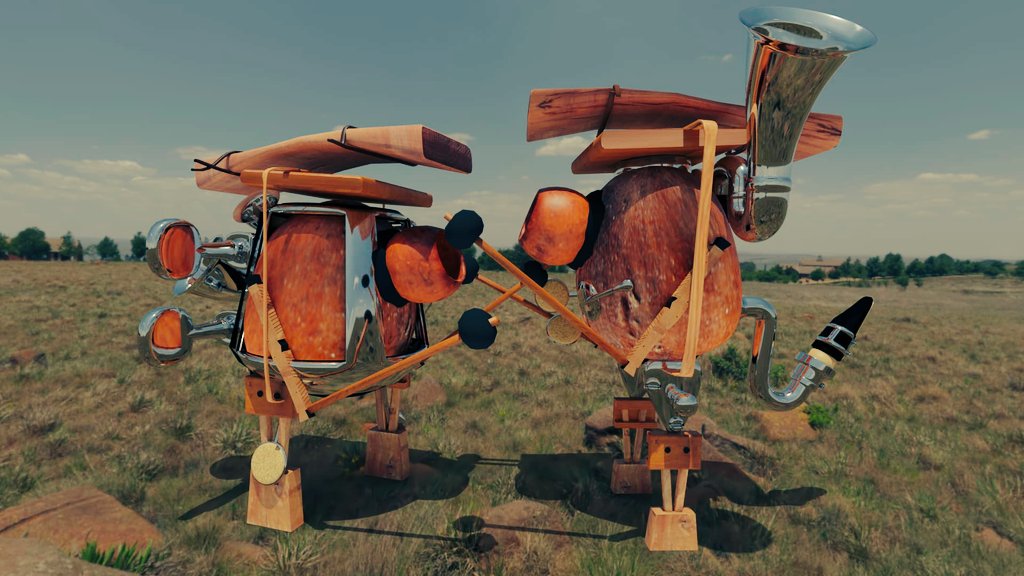 “Timbila Live Aid – Play for Fun. Share the Reward” is a free-to-play multiplayer videogame celebrating the music and culture from the Chopi Timbila (Unesco’s Intangible Cultural Heritage of Humanity).

It was commissioned by SoundCampus-Ars Electronica and released in Sept 2020. It was conceived as a fundraising tool for Maputo Skate – a non-profit organization in Mozambique focusing on edu-skating, to keep young people away from gang culture, drugs, alcohol and crime in Mozambique. It hosts regular in-game events with live musicians streaming from their living rooms, being the first »Thought Universe« playing a live VCS3 and synthesizers. The game is a collaboration between Keep•It•Human and Manusamo&Bzika. It has been shortlisted for best Video Game Award by AVAV.