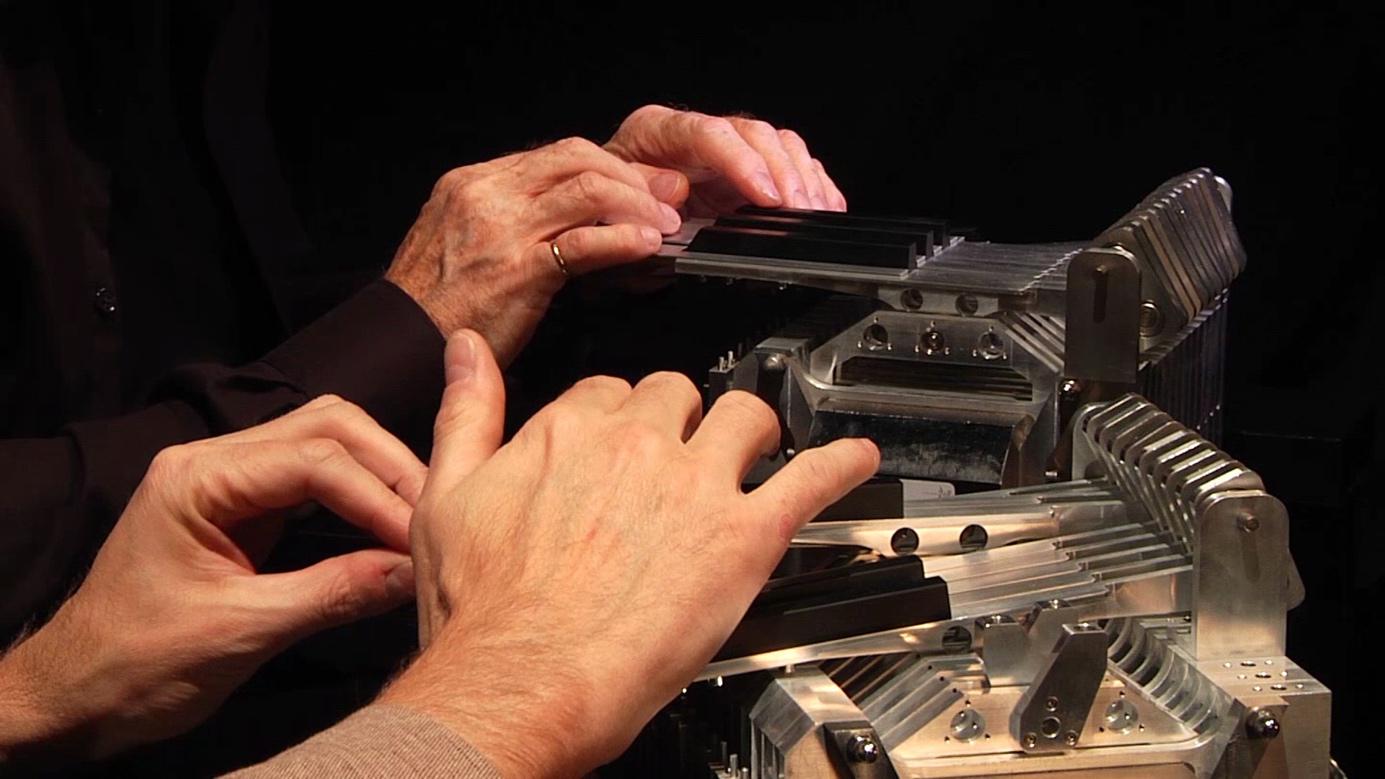 The workshop takes place in a cyclic way: creating virtual musical instruments - real-time improvisation with haptic gestural feeback - listening and visualizing musical works.
The audience takes the "train on the fly” and leaves it as they want.
The duration of a cycle is about 2 hours.

It will be permanently installed in the Olivier Messiaen Concert Hall. Several musical artworks presented in AGORA 2019 concerts have been produced and will be broadcast on this platform.

"Helicanthe" integrates all the technologies created by ACROE-ICA in Grenoble:

The sound dome technology used by ACROE consists of a set of identic speakers (10, 24 to 32), that are powerful, precise, and compact and whose distribution in space methods changes the way of listening. The audience is not in front of the loudspeakers but is immersed within them in a three-dimensional musical space. On this hardware system, Claude Cadoz has developed new spatialisation software technology based on spatialisation of instruments rather than the sounds.

"My use of the sound dome is to extend the natural spatiality of musical instruments, I model and simulate in the digital world. Thus, for example, the listener is immersed within a huge gong on which it is possible for him to play in a meticulous and very localized way." Claude Cadoz, Researcher-Composer.