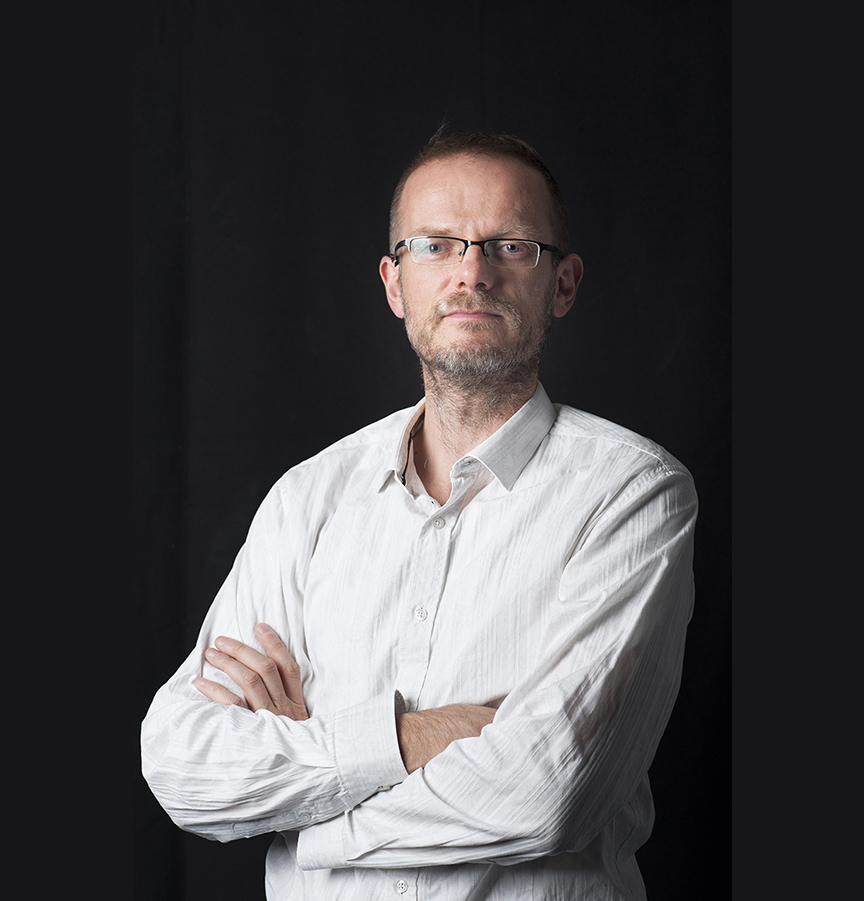 Nicolas Castagné was graduate of Ecole Centrale de Paris and of Master ATIAM (IRCAM, France), 1996.
He joined the ACROE-ICA team in 1997, as a doctoral student. During his doctoral internship he developed, with Claude Cadoz, the first versions of the GENESIS Software for musical creation by means of physical modeling (2002).
He acted as a Computer Science Research engineer at ACROE until 2010, developing next versions of GENESIS Software, and new versions of MIMESIS Software for computer animation.
Since 2010, he is in computer science at Phelma (Technological Institute of Grenoble) 2010. The concepts and technologies of virtual musical instrumental interaction are founders of his scientific and technical approach. It has allowed the concepts and tools of virtual musical instrumental interaction to be of sufficient scale for experiments and “life-size” creations.
He published about 30 international papers on physical modelling, man-machine interaction, computer music and gestural interaction. He trained more than 20 Level-Master students and co-trained 6 PhD thesis.
As musician, he is a high-level amateur cellist and he participated actively to several ACROE’s musical creation and artistic residencies.