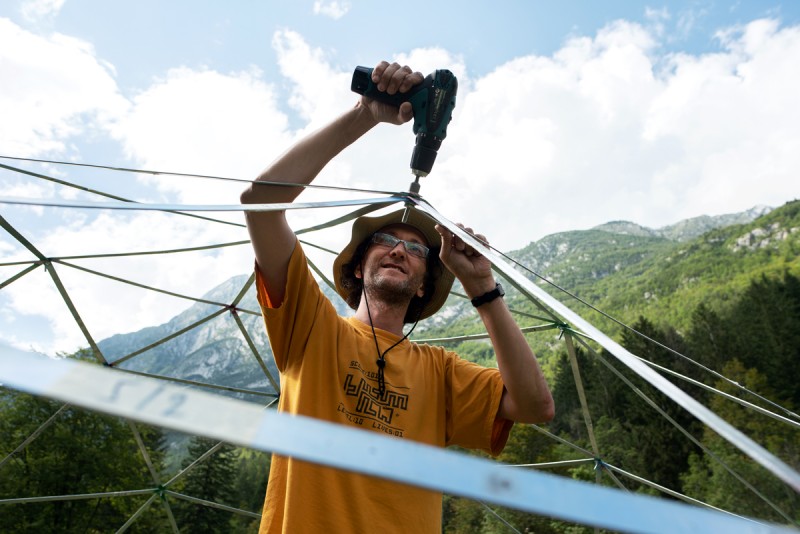 Organization :
Ljudmila | Art and Scien...
Works :
LOOPS IN TRANSMISSION
Distributed Sensing Dome
REAR – Reality in Arbitr...
Lighting Guerrilla Labor...
How do you want to do it ?
Event :
inSonic 2020
Author

Luka Frelih, Ljudmila‘s head and co-founder, is a one of the key figures of the creative hacking scene in Slovenia and his work has been recognized in media art contexts and in the context of computer activism. Frelih was involved in developing the net.art scene in Slovenia in the 1990s, as a key member of such pioneering net.art community projects as 7-11, Refresh, Remote-C, and the ASCII Art Ensemble. He was a member of the legendary Makrolab, an art & science mobile media lab project (1997–2007) initiated by Marko Peljhan and Projekt Atol Institute.

Together with other Ljudmila programmers Luka developed the SLIX (a Slovenian easy-to-use Linux) distribution and diverse free software tools to publish and manage multimedia databases on the web. In 2010, the Ljudmila Media Lab became the Ljudmila Art and Science Laboratory and was joined by a new generation of artists and DIYers who developed the Theremidi Orchestra, the Culture.si portal for international cooperation, and the Kulturnik.si (a metasearch engine and cultural news and events aggregator) among many other activities. In 2017, Ljudmila teamed up with the Projekt Atol Institute and Delak Institute to establish osmo/za, a partner venue situated on the 8th floor Ljubljana’s retro skyscraper.

More: Frelih’s interview for Obieg, an on-line magazine from Poland (2019)