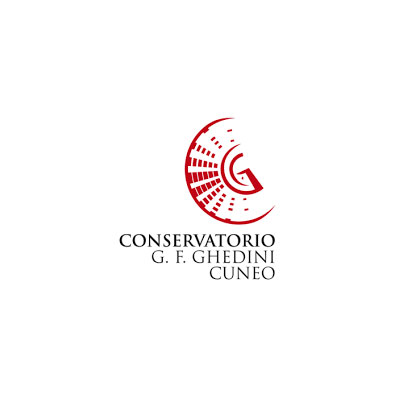 In 1864 the Congregation of Charity, the main charitable organization at the municipal level, decided to establish a wind instruments school for the hospice students, entrusting the teaching to the first parts of the music corps of the National Guard of Cuneo.

In the same year the Municipality extended it, establishing a municipal singing school and entrusting it to Maestro Luigi Rossi of Parma, director of the town band. Thus the first music school in Cuneo was born. To M ° Rossi they followed in the direction C. Demarchi, E. Vannucchi, G.Zurlo, G. Soriente and L. Cornacchini.

With the regulations of 1904 and 1906 the school was reorganized and to the wind instruments the classes of stringed instruments and complementary subjects were added.

In 1917 the school was named after B. Bruni. In the headquarters of Via Boves, in the premises of the former female civic boarding school, followed one another in the direction of P. Ago, A. Cornacchia, L. Schininà and M. Bruni.

After the war the school was moved to Via Barbaroux and Carlo Savina became its director. He requested and obtained the transformation of the school into a « Civic Musical Institute » with teaching programs in line with those adopted by the State Conservatories. It was an important turning point in the history of « Bruni », which laid the foundations for all future developments.

At the end of 1951 Giovanni Mosca became director of the « Civico istituto Musicale » and his appointment continued uninterruptedly until October 1978, the year of transformation of the Institute into a detached section of the « G. Verdi » Conservatory of Turin. Passionate and far-sighted musician, he wanted the students to take the exams also at the State Conservatories, to obtain valid qualifications. The quality level grew and already in 1953 the School had 110 students.

In 1962 the School moved to via Roma, to the historic building Lovera De Maria and later, in 1970, to the former civic building, the current Conservatory’s headquarters.

In October 1978 the Civic Institute of Music « Bruni » (230 students) became a separate section of the « G. Verdi » Conservatory of Turin. The then director Giorgio Ferrari appointed Giovanni Mosca as delegate to the direction, which continued his work until the autumn of 1989, leaving a school with over 350 students after 38 years of uninterrupted activity. Maestro Ferrari commissioned Paolo Manzo, a guitar teacher. This task was reconfirmed in 1995 by Maestro Luciano Fornero, who succeeded M ° Ferrari of the Turin Conservatory management.

In the last 40 years, the chairs of the school have increased from 18, working in 1957, to the current 60. The students of the Civico Istituto Musicale « Bruni » who graduated from the Conservatori Statali in the twenty years preceding the statization were 57, with an annual average of less than three units. In the decade 1980 – 1990 181 students graduated, with an annual average of over 16 units. In May 1995, the then Minister of Education Giancarlo Lombardi granted autonomy to the detached section of Cuneo. The interministerial decree was signed on November 27th 1995; thus the Cuneo State Conservatory of Music was born.

M ° Manzo was appointed by the Minister pro tempore until October 1996 when, according to the new legislation, he was elected by the Teaching Committee. In 1998 the Conservatory, again on the recommendation of the Academic Board, approved by the competent bodies, was named after the Cuneo musician Giorgio Federico Ghedini.