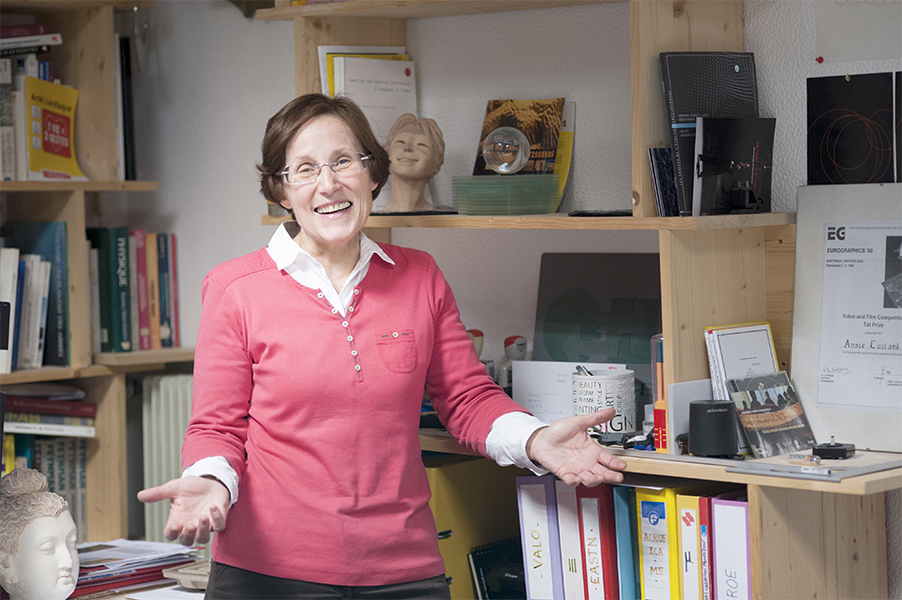 Annie Luciani, researcher and visual artist in Dynamic Visual Arts, co-directs ACROE in which she is responsible for the theme “Technologies for Dynamic Visual Arts”. From the beginning of her work in computer animation e1976, she proposed the paradigm of physical modeling for the animation of images, with which she introduced the concept of instrumental interaction in the visual arts. She has supervised numerous master and thesis courses on retroactive physical modeling for dynamic visual arts. Annie Luciani has made a number of works on these principles and perspectives: Artifices 1 “Gestures and Movements” (1990), Images for the choreography “Letter Capitale” by Joel BORGES (1998), Esquisses (1990), “Communication” , in collaboration with Marek Zborovski (2000), Mémoires Vives (2001), micro-Movements (2007), Ephemeral Engravings with Kevin Sillam (2011), Voyages (2015) with Saman Kalantari, Linda Slama and Amel Achour Benallegue.